Okay, so having a Christmas party in January/February isn’t for everyone, but some companies don’t have a choice. If you work in hospitality for example; December is one of the busiest times and you’re far too occupied looking after other people to worry about your own Christmas party! 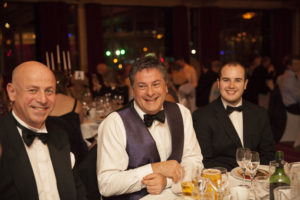 So, although December will be spent watching everyone else enjoy their Christmas parties, it’s not all doom and gloom. There are so many advantages in holding your Christmas party in the new year!

No January Blues: January is typically a bit of a rubbish month in terms of team morale. Everyone’s Christmas fun is over and there isn’t much to look forward to. By holding your Christmas party in this month, it doubles as a chance for the team to bond. Definitely a great way to kick the year off in style and start as you mean to go on!

Great Venue Deals: Party venues don’t receive as many bookings in January or February because everyone is all spent out from Christmas, so there are good deals to be had for your party. You’ll also have the pick of the calendar, with much more availability so can pick a day that suits you and your team best. 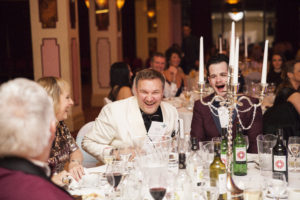 Less Stress: Everyone will be much calmer after Christmas as they won’t be rushing around buying presents for the whole family and attending events left, right and centre. This will be the only event the team will be going to in the new year so will enjoy it all the more!

Be the Best: Well, they do say to be fashionably late to the party. So, having your whole Christmas party late must be very trendy!

After an exhausting December, South Coast Events can make your Dorset or Hampshire company Christmas party very easy by organising everything for you! CONTACT US today with your requirements and we’ll do the rest!